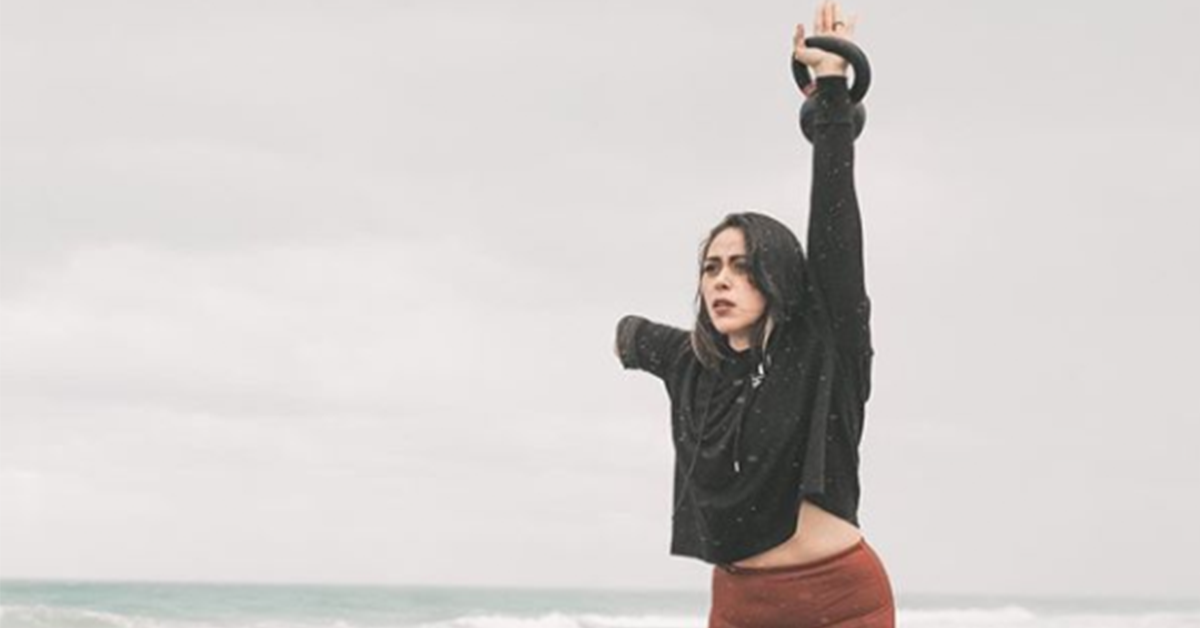 6 Adaptive Athletes Who Inspire Us

One of the things we love most about functional fitness is how everyone is part of the community. Regardless of age or ability level, there’s a WOD for you — and that includes adaptive athletes. These athletes don’t let anything get in their way and have approached their limitations unwilling to accept defeat. The words “I can’t” are only allowed in one sentence: I can’t give up. Here are six of our favorites.

So didn’t read ahead well enough in my bench programming. So yesterday I did 100 Presses at 95lbs for Time, only to realize I had a 5×5 on Press Programmed today from Mr. @katiehogan777 himself- @jesseburdick. So I decided to switch it up and hit my presses today on the @kabukistrengthlab #duffalobar since I’ve never tried it before. Worked up to 155lbs for 5 felt pretty good, all pressing considered. Going to have to overhead press with this bar more often. @crossfitwatchtower @barbellsforboobs @progenex @mbslingshot @meyernatural @bubsnaturals #OHpressisgoodforyourbench #HopefullyCastroPutsBenchinTheOpen #dontbedumbreadyourprogramming #pressersaretired Vid Cred: @natebehavior Cheering Section: @grooms75

When a freak lifting accident left Kevin Ogar paralyzed from the waist down in 2014, the 6’2” competitor had to reframe his focus. He had gone to Regionals the last two years in a row and had his sights set on the Games, but things were definitely going to change.

Leaving CrossFit behind wasn’t an option, though. Instead, he applied himself to learning how to adapt workouts to his changed abilities, and then he started offering adaptive training to others.

Today, Ogar runs his own box, CrossFit Watchtower, and trains a mix of adaptive and non-adaptive athletes alike.

Arm Amputees and the debate of Barbells vs Dumbbells/Kettlebells. • • The majority of you will come to me for assistance on using a barbell with one arm. I know exactly why you do too. I was the one armed CrossFit athlete who threw around a barbell like it was no ones business, back in the day. • • I listened to NO ONE when told to use a dumbbell instead. I used a barbell because it gave me a sense of normalcy. I used a barbell to prove a point. I used a barbell because, at that time, it made me feel invincible. • • Now, as a mother at the ripe age of 31, I choose dumbbells and kettlebells. Now, as an athlete with years under my belt, I understand why everyone told me to put the barbell down. • • This was a lesson I needed to learn on my own. As a new amputee, I needed to explore and conquer things to know that I was going to be okay. I’m a firm believer that you need to learn from your own mistakes. Now, I’m not saying using a barbell was a mistake. I’m actually extremely proud of every personal record I surpassed in lifting with a barbell. I love that I can have those memories to call my own, but I also know what toll it has taken on my body. • • As an amputee, you will always favor one side. You will always have issues in your body due to the compensation. It is up to us to understand this and work with our bodies, not against them. • • As an arm amputee, it is clear why a dumbbell/kettlebell could benefit us more than a barbell. Now, this goes for over head lifts, cleans, bench press, etc. I continue to use barbells when I can effectively balance it (back squats/front squats). When using a barbell (as an arm amputee), you will overcompensate a lot. Don’t believe me? Just take a video of yourself lifting a barbell vs a dumbbell and tell me what you see. • • I highly advocate towards dumbbells and kettlebells to any arm amputees who come to me for advice. I’m not telling you NOT to use a barbell, I’m just telling you some truths I learned along the way. I share this with you to help you, not hurt you. • • I plan on making a few videos to demonstrate how I now modify a lot of movements (should you choose to tune in), and I hope to get that posted here soon.

Days after Krystal Cantu signed up for her first CrossFit competition, she was on the road with her boyfriend when a tire blew out and they lost control of the vehicle. The damage to her right arm was so severe that it had to be amputated above the elbow.

A month after the accident, she was back at her box, relearning how to do movements — snatch, clean and jerk, deadlift, front and back squat — with one arm. It’s safe to say she successfully found her balance: she now lifts heavier weights than she ever did with two arms and even competes.

At age 24, Wesley Hamilton was 5’4” and 230 pounds when he was shot twice by a person he had never met. He spent three weeks in the ICU and woke up paralyzed.

Overweight, depressed, and confined to a wheelchair, he found inspiration in his two-year-old daughter and his desire to be the best dad he could be. He changed his diet and started working out, and in eight months, lost 100 pounds.

Since then, he has competed in adaptive CrossFit competitions including the Working Wounded Games, WOD 4 Wheels, and Wodapalooza, where he took second place in last year’s adaptive division.

Diagnosed at two weeks old with spastic cerebral palsy, Steph “The Hammer” Hammerman has dealt with physical challenges her whole life. She found CrossFit in 2012 and started using it to become a stronger hand cyclist. A year later, she became the first certified female CrossFit coach with cerebral palsy.

She has since helped to establish competition opportunities for adaptive athletes, both through the Adaptive Division at Wodapalooza Fitness Festival and the WheelWOD Open. Along the way, she has fought and beaten Hodgkin’s lymphoma and spoken openly about body image and self-esteem.

A late night car accident changed Corey Reed’s life forever. He was just 23 years old when a night out with friends ended in a collision with a tree. Reed didn’t wake up for a month, and when he did, his right leg was amputated below the knee and he was completely blind.

Escaping the darkness that surrounded him didn’t happen immediately, but eventually, he started getting back into snowboarding and wakeboarding, two sports he’d enjoyed his whole life. Then he tried CrossFit, with the plan of using it to condition for his other sports. It only took one class to get him thinking about competing.

Since then, Reed has competed with CrossFit Los Angeles as the first adaptive athlete in SICest of the Southwest 2012. He’s also competed in adaptive CrossFit competitions like the Working Wounded Games.

Back to the grind 🦍♿️

Born without femurs due to a congenital defect, Zack Ruhl has been a double amputee since age two — and he’s never lived with prosthetics. He rolled around on a skateboard his whole childhood and didn’t use a wheelchair at all until adulthood. Life without legs is Ruhl’s normal — it’s not something he’s ever been depressed about — but that doesn’t make his accomplishments any less impressive.

After growing up playing football (he would literally crawl around the field to make tackles), Ruhl found himself getting bored with the typical bodybuilding routine. When he found CrossFit, it reawakened his love of fitness. His abilities differ from other wheelchair athletes due to the fact that he’s not paralyzed, meaning his core is still active throughout his torso, so handstand push-ups while strapped in his wheelchair are a regular part of his workouts. 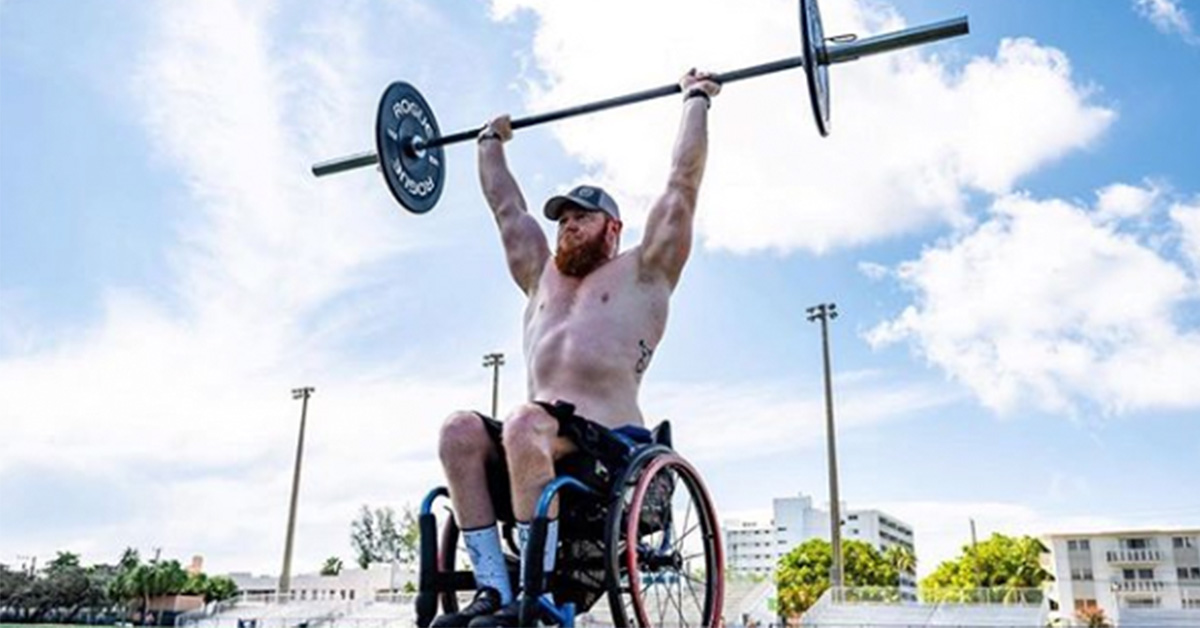 How WheelWOD is Making Space for Adaptive Athletes to Compete 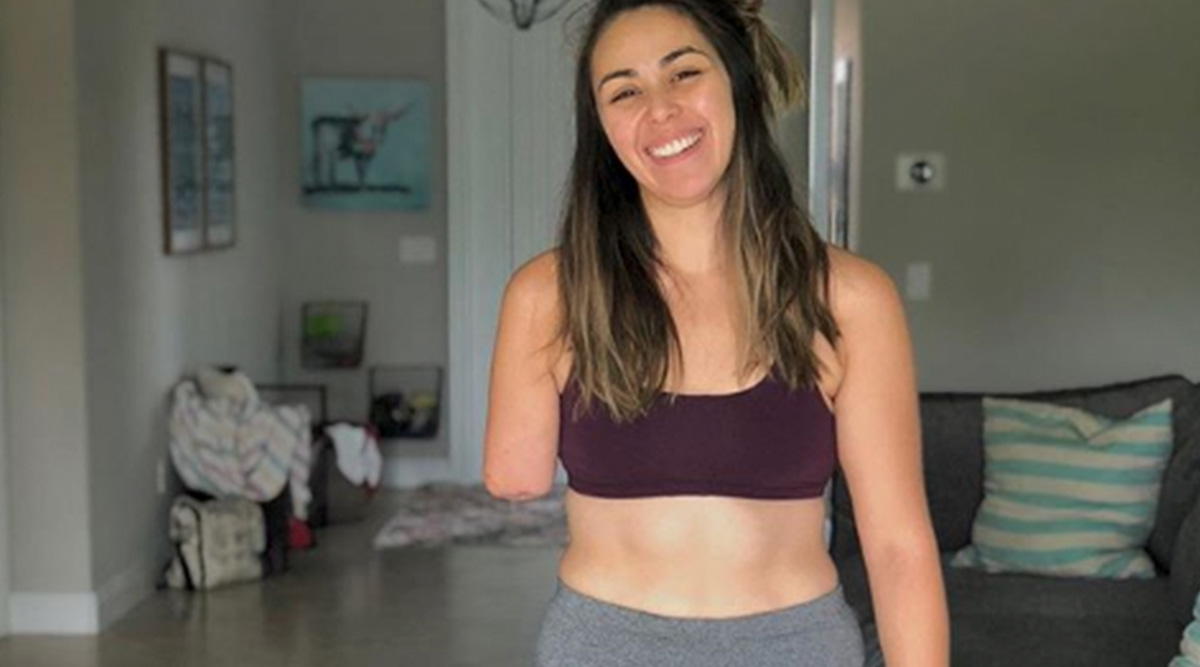 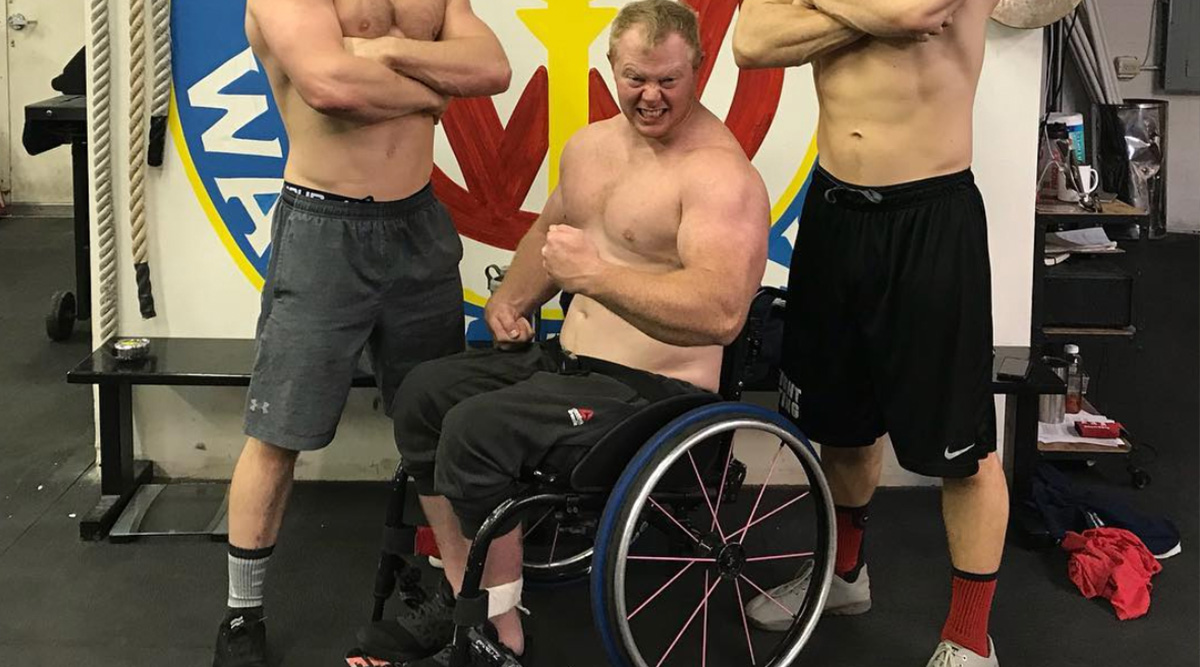