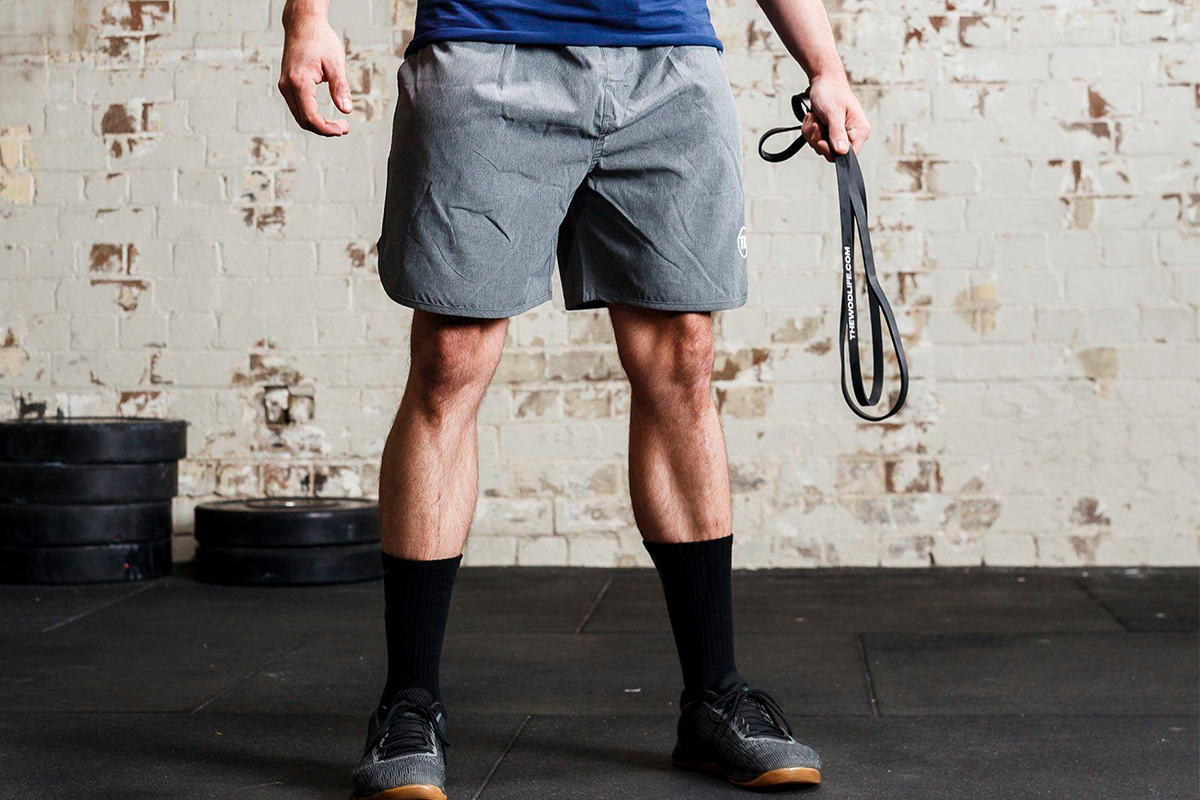 Should You Do Banded Pull-Ups as a Beginner?

In most functional fitness gyms across the world, banded pull-ups are a step toward unassisted strict pull-ups. However, kind of like the whole “Is kipping cheating?” debate, people have serious opinions on banded pull-ups. Is using a resistance band “cheating?” And importantly, will it even truly help you progress toward strict pull-ups? This blog will answer these questions and more.

Some people swear that a kipping pull-up isn’t a pull-up at all. Really, they’re just two different kinds. Using bands is a similar scenario. Is a banded pull-up still a pull-up? It is because you accomplish the same thing: You get your chin over the bar. Now, is it “cheating?”

Everyone will have an opinion. Our vote? No, it’s not cheating. It’s just a way to scale pull-ups for athletes who don’t yet have the strength to perform the movement unassisted. And let’s remember that pulling your own weight sounds simple but is actually really, really hard.

Do bands make pull-ups easier? Of course, but that’s kind of the point!

Anti-band athletes and coaches say that banded pull-ups carry an inherent risk because if the band comes loose from under your foot (or knee, if you loop your knee through it instead), it can snap back and hit you. Can this happen? Sure. You could also miss on a box jump and lose the skin on your shin. Or drop a barbell on your face. Or trip and fall during sprints. Anything can happen, but that doesn’t mean it’s likely.

If you place the band in the right spot and you’re careful, you shouldn’t have any issues. Banded pull-ups aren’t these erratic, out-of-control movements. They’re slower and more calculated. Accidents aren’t likely. 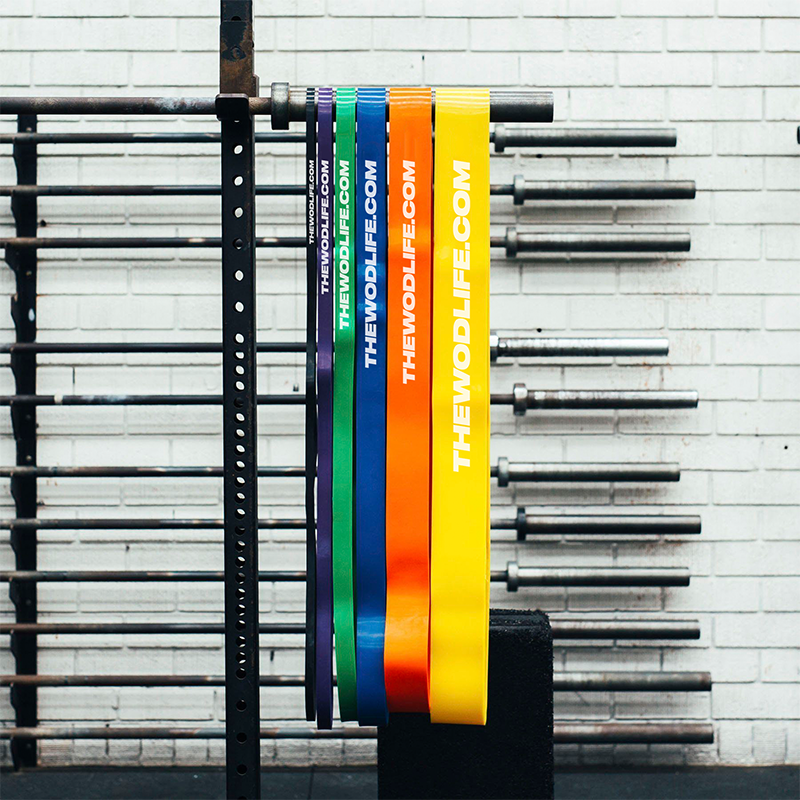 Will Banded Pull-Ups Make You Stronger?

This is where the biggest part of the argument comes into play. Some people argue that banded pull-ups don’t actually do anything to help you move toward strict pull-ups. This is for three reasons.

The first reason in order to get stronger, you need to pull more weight over time, to eventually be able to lift your full weight. And this is harder with a band. However, the solution is simple: Keep moving to thinner and thinner bands that remove less of your weight.

The second reason is that not only do bands remove some of your weight (which is the whole point), but they shift your weight. This holds some merit. If you step into a band for a pull-up, you’re going to notice that it feels a little awkward. It doesn’t 100% mimic a strict, unassisted pull-up. Your body doesn’t hang from the bar the same way it would if you didn’t have a band.

And the third reason is that because the band is stretched tighter at the bottom of your pull-up, it’s going to give you more assistance than it does at the top of your pull-up. And for many athletes, the last few inches of the pull are the hardest.

So, what’s the verdict? Will banded pull-ups help make you stronger to perform strict pull-ups without a band? Yes. Are they the same thing? No. Should you rely on bands entirely? Again, no.

What can you do in addition, then, to help make you stronger?

How to Practice Pull-Ups Without a Band

There are all sorts of ways to scale pull-ups without a band — all of which will prepare you for the real deal. Here are a few suggestions.

1. Jump Up and Rehearse the Negative

The negative is the down phase of the pull-up — so, the part where you lower your body back toward the ground. Grab the bar and jump to the top position, where your chin is over the bar. Squeeze and hold there as long as you can (or for a few seconds, at least). Then, slowly lower yourself down. You could do this for a specific count (like a count of 3-5 seconds) or even do it as slow as you can.

While you’re only technically doing half of the movement, you’re still building serious strength. Be sure not to quit at the very end. You want this to be slow and controlled until your arms are completely straight and you’re at a dead hang.

If a movement requires pulling of any kind, then it’ll likely contribute to your pull-ups. This includes barbell/dumbbell rows, renegade rows, lat pulldowns, and even bicep curls.

Remember that for any movement, getting better at it doesn’t solely mean doing more of it. You also want to rehearse other complementary movements that’ll contribute toward building the necessary strength.

It’s not just your shoulders that we’re talking about, here. You need a strong grip and forearms for pull-ups, too. The stronger your grip is, the less fatiguing the movement is going to be. Most barbell, dumbbell, and kettlebell movements will help strengthen your grip. Farmer carries in particular can be helpful.

You want to be sure to toughen up the skin on your hands. However, grips will still come in handy. (See what we did there? Handy?) These provide a barrier between you and the bar so you can avoid rips, tears, and blisters.

Even holding dead hangs from the bar can build overall strength. Set a timer and do three to five rounds. Make sure you pull up out of your shoulders and engage your core. You should almost be in a hollow body position, just like you were performing a real pull-up.

Are bands evil? Of course not! Like most tools in the gym, you just have to know how to use them properly. Be sure that your pull-up programming is well-rounded and doesn’t solely rely on resistance bands, and you’ll have that first pull-up before you know it.

Ready to get to work? Shop our collection of resistance bands today. 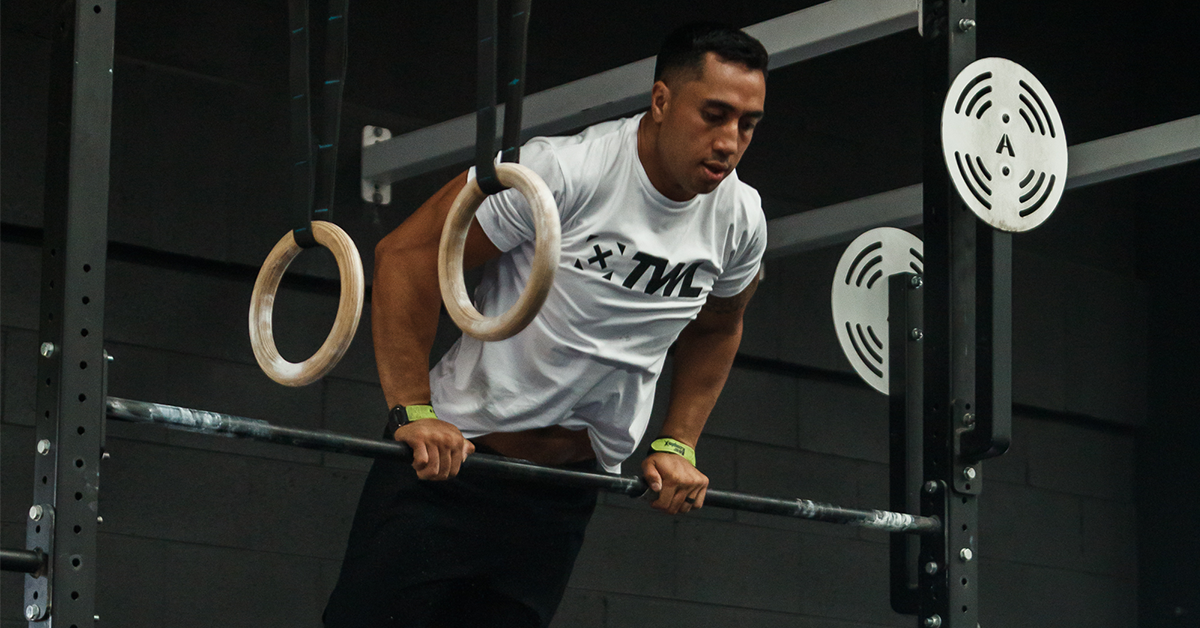 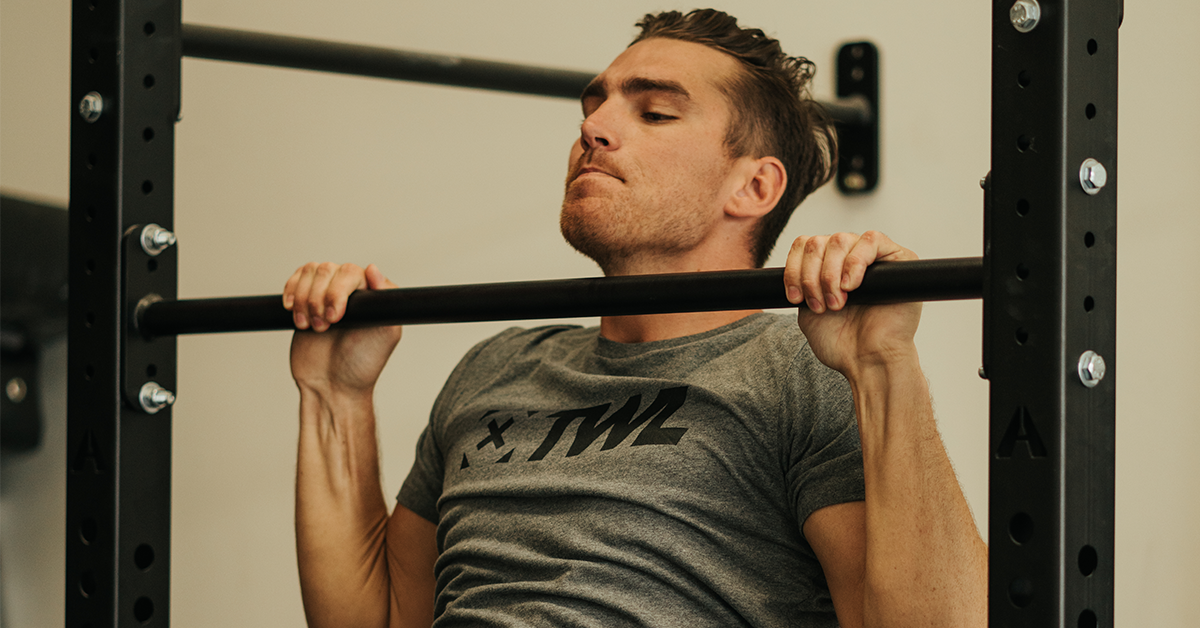 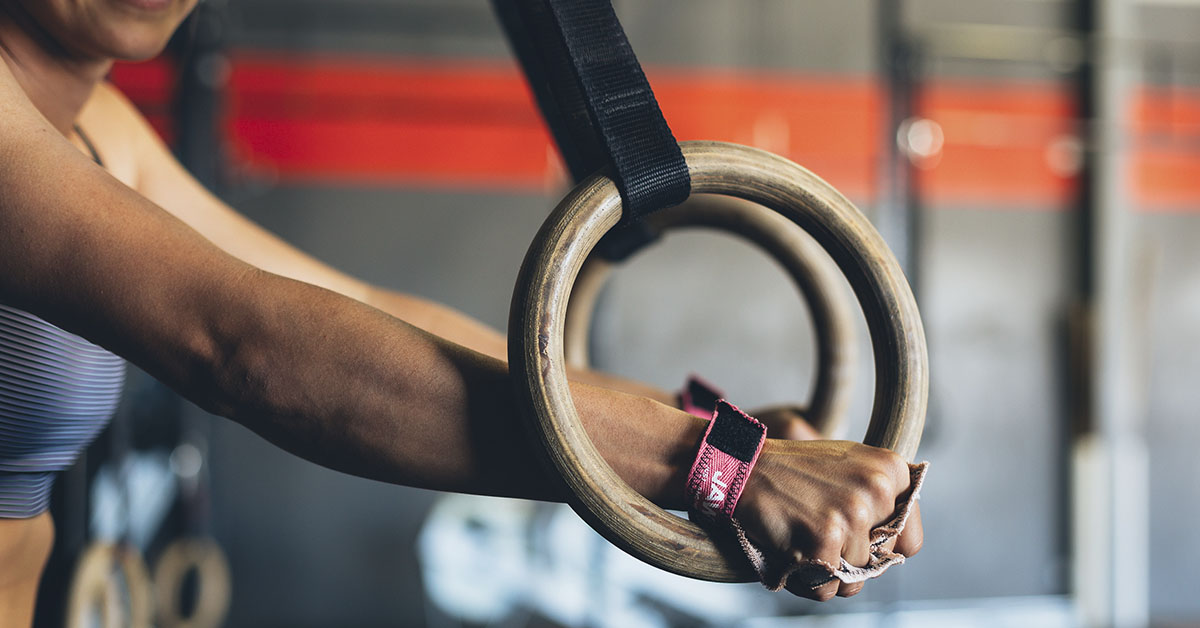 4 Ways to Scale Pull-Ups Without Bands 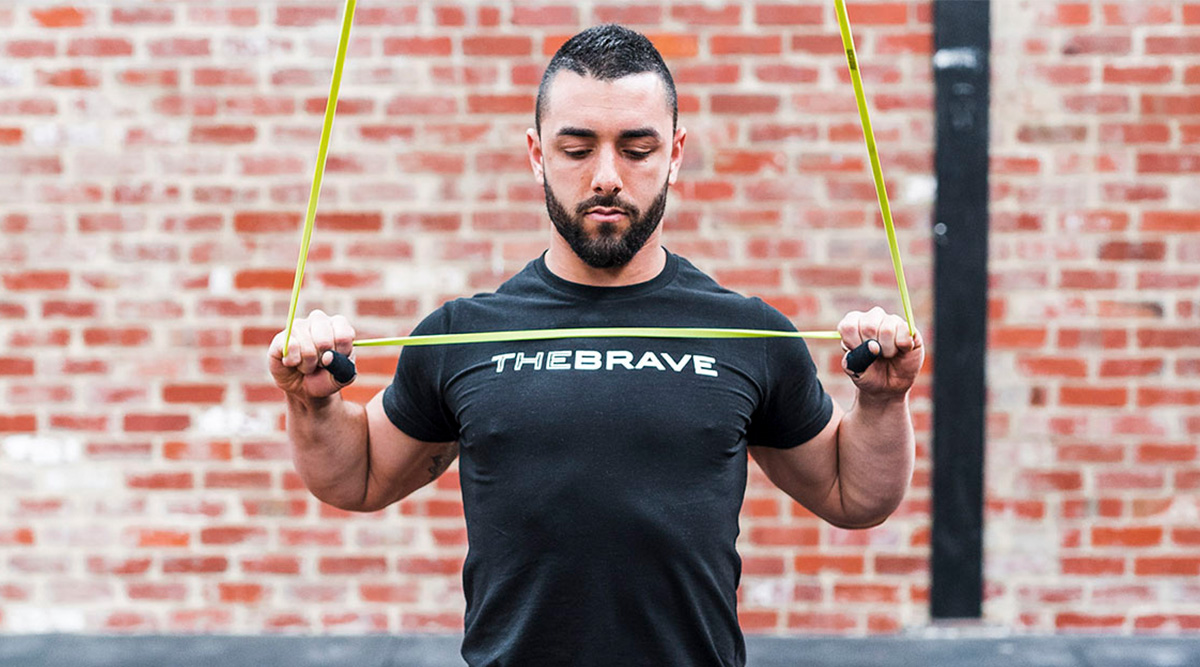