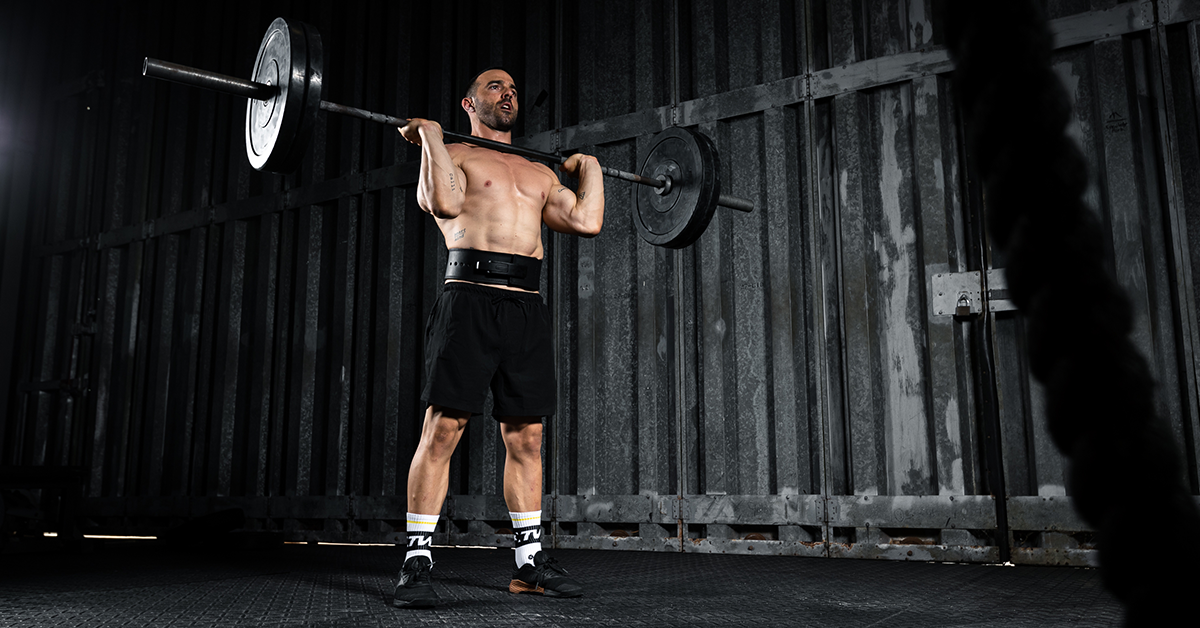 It’s the second half of the clean and jerk — a commonly misunderstood lift. The split jerk seems so simple. Hold the weight on your shoulders. Throw the weight overhead. Catch it. That’s it, right?

Well, sort of. There’s a lot more to the split jerk than we sometimes think. While the snatch is known as the lift that demands perfect technique, in truth, the split jerk does too.

Here are three tips to help you make quick adjustments and see immediate progress with your split jerk.

1. Your Feet Move Forward and Back ONLY

Not side to side!

Footwork seems so insignificant but is actually one of the most important parts of the split jerk. When you have the bar in the front rack position before the lift, your feet are probably around hip-width apart, right?

Good. Now here’s the thing: They should stay that distance apart.

You dip and drive, and as you’re moving under the bar (more on that in a bit), your feet start to split. But they should ONLY split forward and back — one foot up, one foot back. Their width shouldn’t change.

Some athletes tend to bring their feet more narrow, which doesn’t provide as stable of a base. If you “tip” a lot once you’ve caught your split jerk, this might be why.

Other athletes do the opposite and spread their feet way further apart — also not stable.

Check out this image from James Madison University. This describes it perfectly. 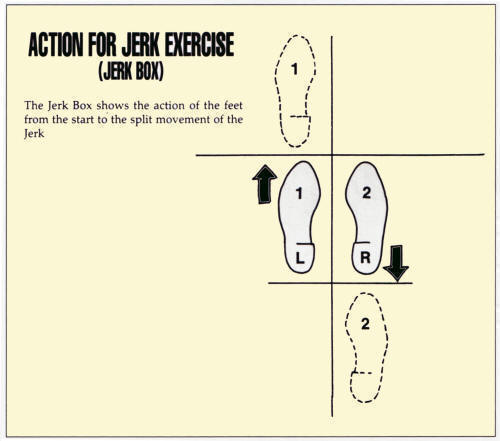 Make time to practice footwork! In fact, you can set the bar down and simply focus on your feet. If that feels totally awkward, you can mime the lift with your hands/arms. The point is this: Feet matter, so pay attention to them.

2. Move Under the Bar *After* It’s Hit its Peak

Sometimes, we’re in such a hurry to finish the lift that we rush it. For many athletes, this means moving under the bar (into their split stance) as the bar is still traveling upward. This is a no-no.

You should only begin to get under the bar after it has reached its highest point. And that’s where you catch it in your split stance. If you do it any sooner, then you’ll be moving down while the bar is moving up. This will completely throw off your lift and disconnect you from the bar. Ever notice that the bar seems to “crash” on you? This could be why.

(P.S. The same goes for the clean: You should only start to move around the bar after it has hit its highest point in the pull.)

A really good cue for this one? “Be tall.” You want to be as tall as possible with the bar before you start to head into your split stance underneath it.

You might find it helpful to watch split jerks in slow motion. In this example, notice the height of the barbell. It hardly changes between the time that it hits its peak and Chad Vaughn catches it in his split stance.

3. Stack Your Upper Body in a Straight Line

You ever see someone do a split jerk and have a “chicken head” at the end, where the neck and head are sticking straight out? Or maybe their ribcage is jutting forward?

Other athletes’ split jerk look more like a bench press, with the bar way out in front of them.

Avoid both of these.

You want to think of your upper body (meaning from the hips up) and the barbell as one straight line. Your hips should just about be aligned with your shoulders, arms, and the barbell overhead. Think of putting your biceps in line with your ears.

There are a few reasons for this. First of all, it’s safer. When you start throwing massive weights overhead and your spine and shoulders are all wacky, back things can happen. This is a great way to get injured.

Secondly, you do it so that you can lift more! When you align your upper body under the barbell, you create a more stable base that can support more weight. Simple.

Check out this video of Mattie Rogers.

This 130 was my “apology set” this afternoon after my not so fantastic morning session. Some days are just ROUGH, but I’m proud that I turned it around and got at least most of my work done today. Still figuring out how to navigate these weird times & quarantine blues. @roguefitness @2poodperformance @romwod @xendurance @rehband @rpstrength

Yes, she’s lifting way more than most of us ever will — and her technique is still beautiful. Look at the alignment in her split jerk. Nice and clean.

Practice makes perfect. But more importantly, quality practice makes perfect. You’re not going to get better at your split jerk by doing it incorrectly 50 times a training session. Peel some weight off — heck, go down to the empty bar — and focus on technique. It might seem dull but we guarantee (and your coach will probably guarantee) that it’ll pay off big time. 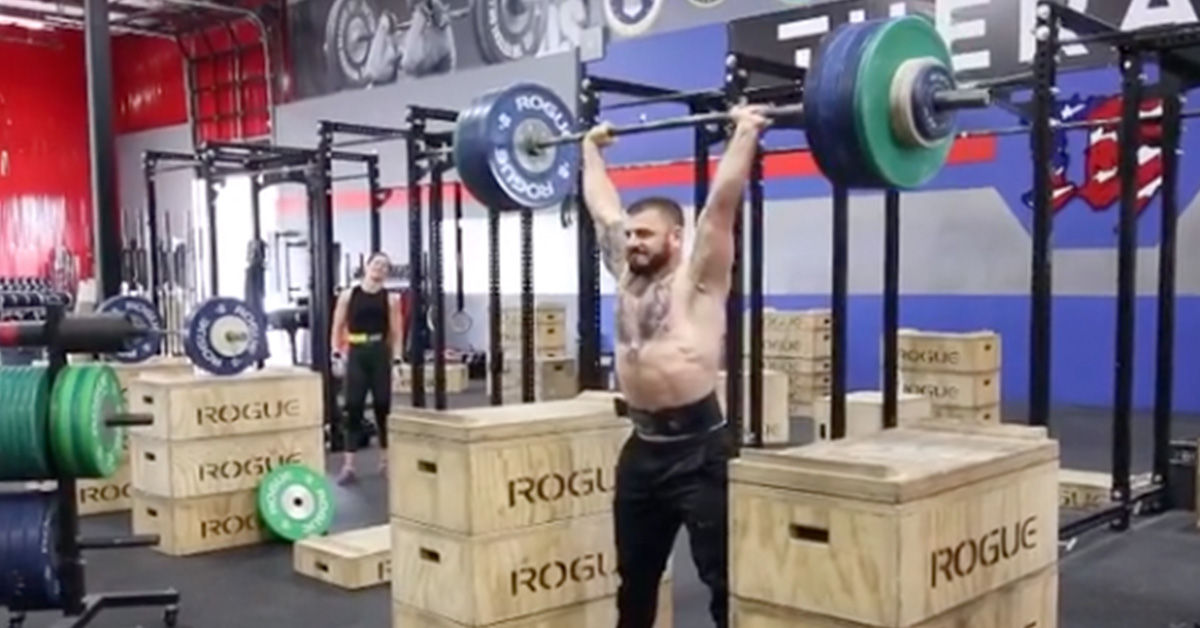 Why You Need to Try Split Jerks Out of the Blocks 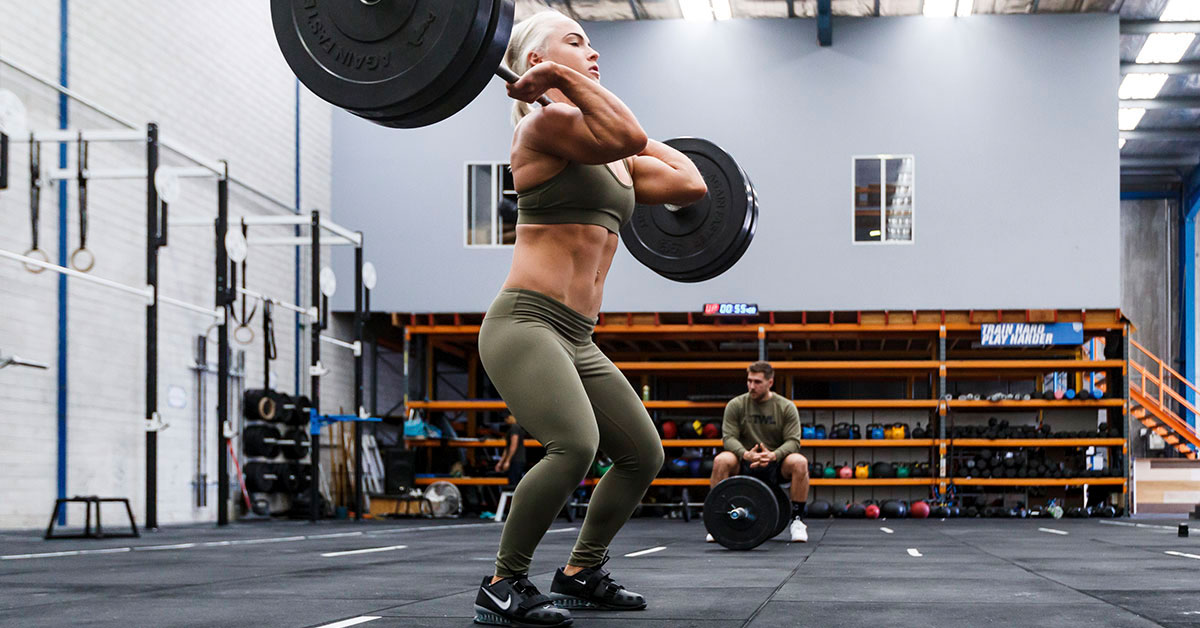 The Beginner’s Olympic Weightlifting Guide to the Split Jerk 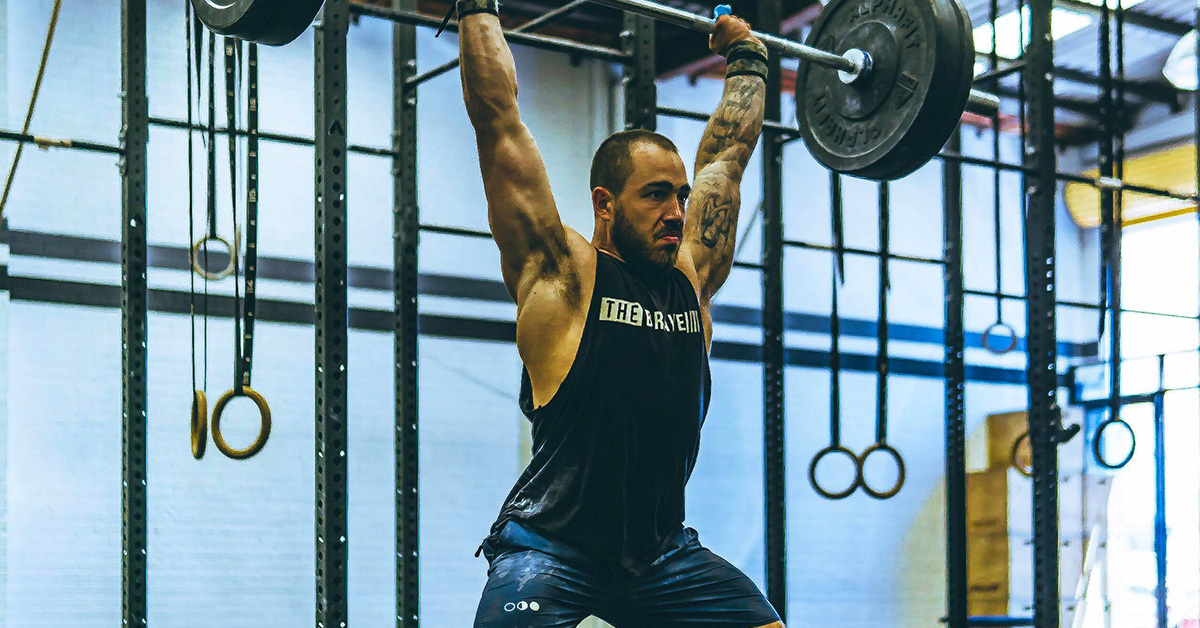 Which Jerk is Right for You? 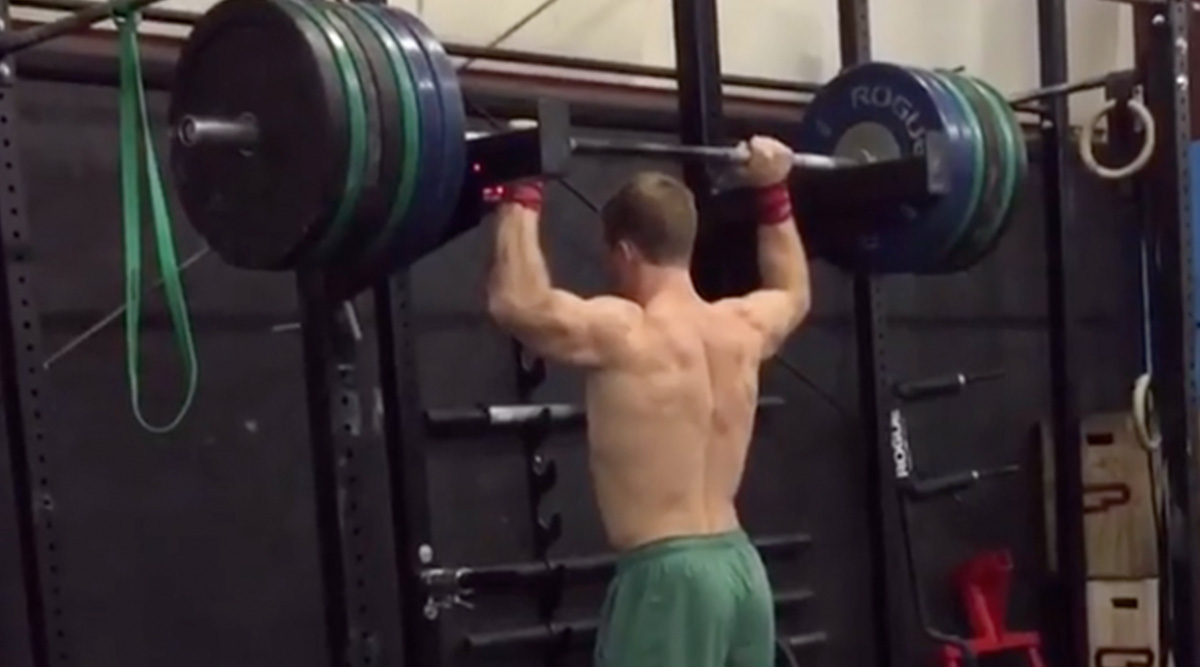