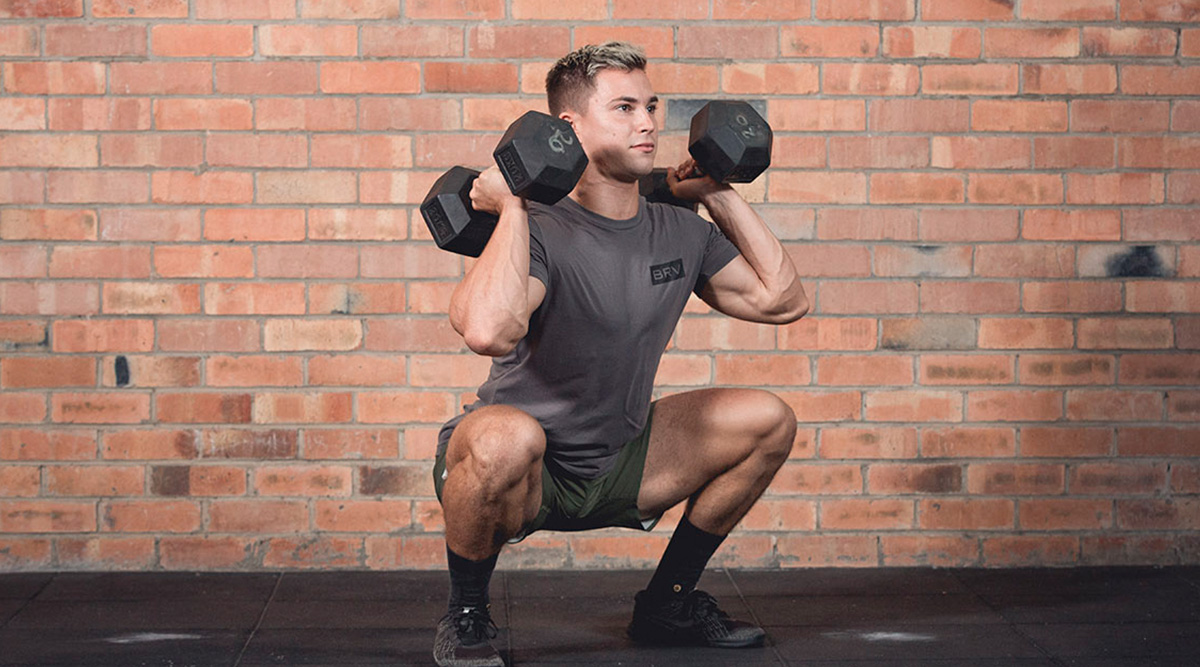 10 Tiny Mistakes Athletes Make (That Have a Huge Impact)

It’s the little things in life that make the biggest difference. And for a lot of people I know, “Gym = Life.” Whether you have been doing functional fitness for a while now or are still wet behind the ears, do not underestimate the power slight changes can make to your overall performance in the sport. Here are 10 tiny mistakes athletes make that can have a huge impact.

Burpees are painful enough, so why make them harder? The double-squat burpee, as I like to call it, occurs when an athlete essentially does an air squat before shooting their legs back and putting their chest on the floor. The same thing usually occurs on the way up as well. The athlete jumps into the bottom of a squat before standing and jumping.

The Fix: Get your hands on the ground early by hinging over rather than squatting. Try to look like an upside-down V. From here, shoot your legs back and get your belly on the floor, eliminating the need to squat entirely.

2. Sinking Into Shoulders During Pull-Ups

How happy were you when you got your first kipping pull-up? Did you scream? Did you jump up and down? Did you pull out your camera after the fact and tell everyone to act like it was your first time so it looked good for the ‘Gram? We have all been there. Kipping pull-ups are a hallmark of functional fitness and a goal of so many first-timers, but sinking in your shoulders or losing tension at the bottom of the swing will undoubtedly cut your celebration short and have you cheering from the sidelines sooner rather than later.

The Fix: Maintain an active shoulder position throughout the pull-up, especially at the bottom of your swing. Think about engaging your lats and pulling your shoulder blades down and back. It might seem like a lot of work at first, but your shoulders will thank you in the future.

3. Crashing Under the Bar

Crashing a party — always fun. Crashing under a barbell — not so much. Most people have the problem of not getting under the bar fast enough. Well, if you happen to get under the bar too quickly, sometimes you can run into the problem of all that weight crashing down on you. The result is either a missed lift or a recovery out of the hole that is much harder than it should have been.

4. Piking/Kicking Legs Back During Double-Unders

What’s the saying? “It takes 10,000 hours to master a new skill”? Roughly how many repetitions does that equate to? The point I’m trying to make is with a movement like double-unders, it is easy to engrain poor movement patterns because the reps are so easy to come by, much easier than something like a squat clean. But repetition after repetition with poor mechanics builds poor habits in the blink of an eye with something like double-unders.

The Fix: This one is a toughy because, for so many athletes, it comes down to undoing a habit they have developed over countless repetitions. My best advice would be to ditch the rope entirely and practice jumping with straight legs while either mimicking the rope movement with your hands or double tapping your butt instead. This way, your brain can focus solely on the jump rather than worrying about getting over the rope. And of course, to build new habits — practice, practice, practice!

5. Not Using the Hook Grip

Not using the hook grip is the equivalent to a cardinal sin in weightlifting. The hook grip, as if through some form of chalk-laced wizardry, somehow adheres your hand to the barbell while allowing your grip and forearms to relax. This allows for a quicker turnover and prevents you from really squeezing the bar in your hands. (Squeezing often leads to a premature pull in the lift or a loss of grip strength.)

The Fix: It may be uncomfortable and it may cause your thumb to blister and eventually callus over, but you just have to do it. There is no shortcut or easy fix. It will feel completely unnatural and counterintuitive at first, but give it time and you will never want to pick up a barbell again without it.

6. The Bar Not in Contact With Shoulders During a Push Press/Jerk

Do you like not having as much pop on the bar when you push press or push jerk? Well, that is exactly what you are telling me when the bar is not in contact with your shoulders during either of those lifts. Don’t get me wrong. This does not mean your elbows need to look identical to a front squat — they can be slightly lower, but the bar needs to be touching your body and not floating in your hands. This way, we get a clean power transfer through our legs into our rigid torso into our shoulders and finally to the barbell.

The Fix: This usually comes down to a mobility or comfort issue. If it is a mobility problem, then the athlete needs to target the entire shoulder girdle. Overly tight lats and triceps are usually the source of the issue. If it is a comfort thing, try to adjust the height of your elbows to find a more comfortable position. Functional fitness is about getting comfortable with the uncomfortable, right?

Everything follows the elbows. Having a less than ideal elbow position in the front squat is not the end of the world but only if you are able to maintain a ridged upright torso. The issue is that, for most athletes, once the elbows drop, the upper back follows and now the weight is on the floor. The elbows cue to the athlete to keep their chest up and bar over their midline.

The Fix: Mobility is the culprit 99% of the time with this one. Spending time improving the front rack position will, over time, help an athlete get into a better position during the front squat. Also, as simple as it may sound, actively thinking about driving your elbows out of the bottom position can give you just enough leverage to finish the lift.

If my last two points have been any indicator, mobility is unbelievably important in the sport of functional fitness. It is one thing to understand the mechanics of the movement, to study and practice it, but if you are physically unable to get into the position (i.e. a squat snatch), then what is the point? Mobility is as much a part of the base of the pyramid as nutrition is.

The Fix: Do it! The shortcut is the work. People think because they have some sort of limitation, they need to spend some exorbitant amount of time every day mobilising, when in reality, this is just a quick way to get burnt out and tired of it. A few minutes a day, every day — that last part is key — is all it takes to see the changes over time. Remember that you might be attempting to undo years and years of damage. These things take time.

9. Rotating at Elbows/Shoulders During Double-Unders

You are doing double-unders, not churning butter. Whether you are a newbie trying to get your first double-under or a veteran that gasses out after small sets of doubles, excess movement, namely through your elbows or shoulders, may be tripping you up. Yes, ladies and gentleman, it was a double-under pun.

The Fix: The rhythm and speed in the double-under need to be generated through the wrists. This will give you the speed you are looking for without gassing out your shoulders for the rest of the workout. I have seen people tie a band around themselves to practice keeping their shoulders in — a bit extreme for my tastes, but it has worked for some. My advice would be slow the movement down to rebuild better habits. Practice singles with your elbows pinned to your sides or a single-single-double cadence focusing on perfect reps.

What would the barbell equivalent be to the rower? If you guessed sumo deadlift high pull, you are correct. In fact, back in the day on Crossfit.com, they used to provide SDHP reps in substitution of rowing calories in case you did not own a rower — *sigh*, simpler times. So, if the rower most closely resembles an SDHP with a barbell, why does the set-up on the rower (the catch position) differ so much? What I mean is oftentimes I see athletes’ butts touch their heels as they return to the catch position. This is wildly inefficient from a power standpoint. If I told you to perform a max deadlift, you would not set up on your toes with your butt on your heels, would you? The same is true of the rower.

The Fix: For this fix, a second set of eyes may be required. Whether that comes in the form of a coach or a camera, being able to actually see yourself or have someone go hands-on and manually make the necessary adjustments may be helpful. A simple fix would be recognizing there should be a gap between your heels and butt in the catch position akin to a proper deadlift set-up. Again, slowing down, practicing the movement, and building better habits are key. 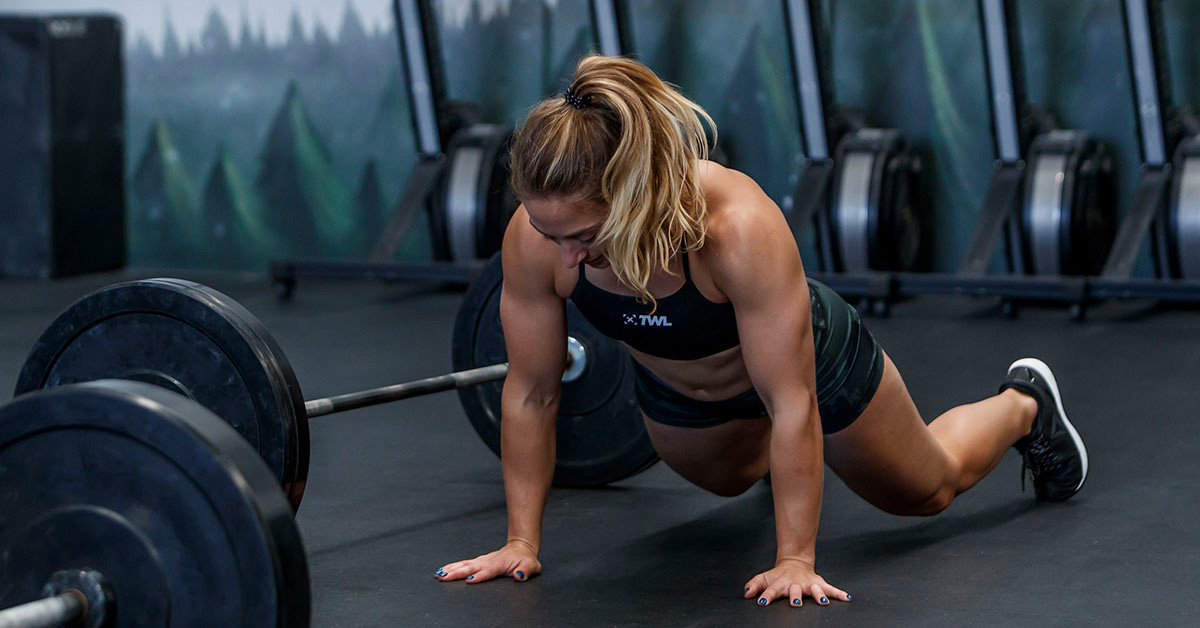 Can I Do Functional Fitness With a Bad Back? 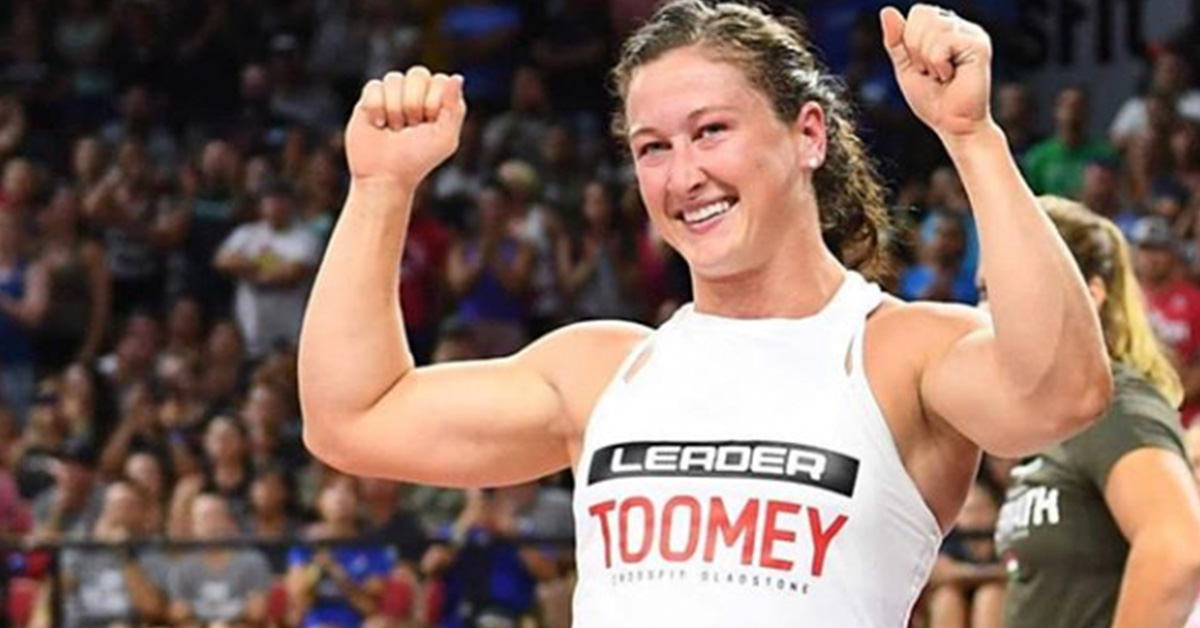 This is Supposedly the Ideal Body Type for CF 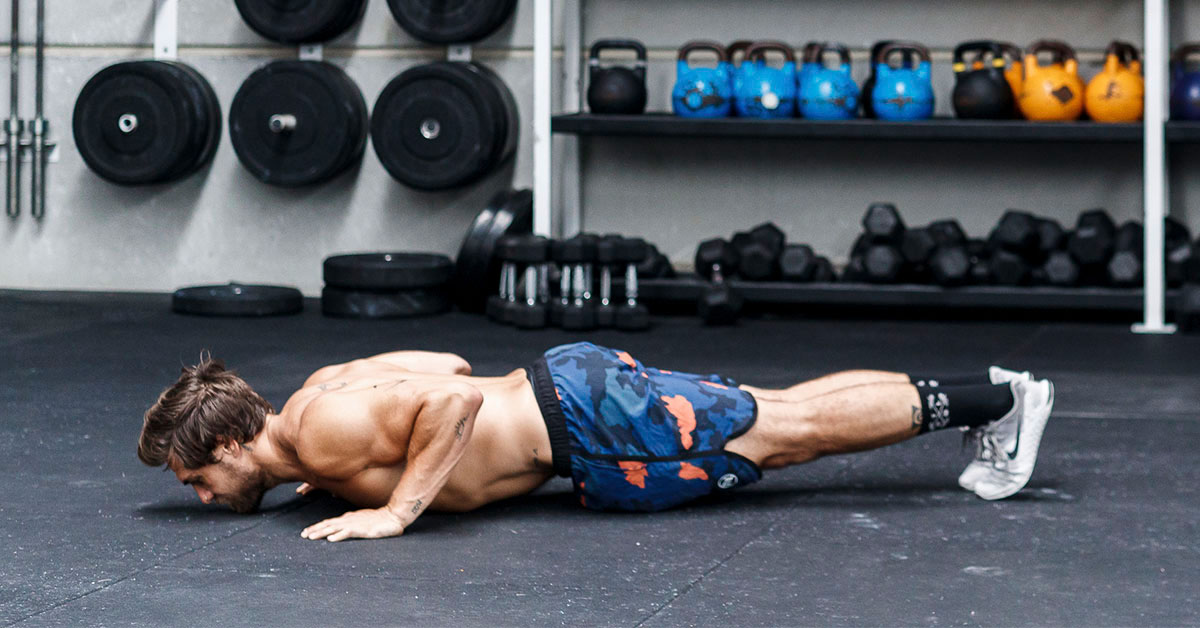 5 Movements All Beginner Athletes Should Train (But Probably Don’t) 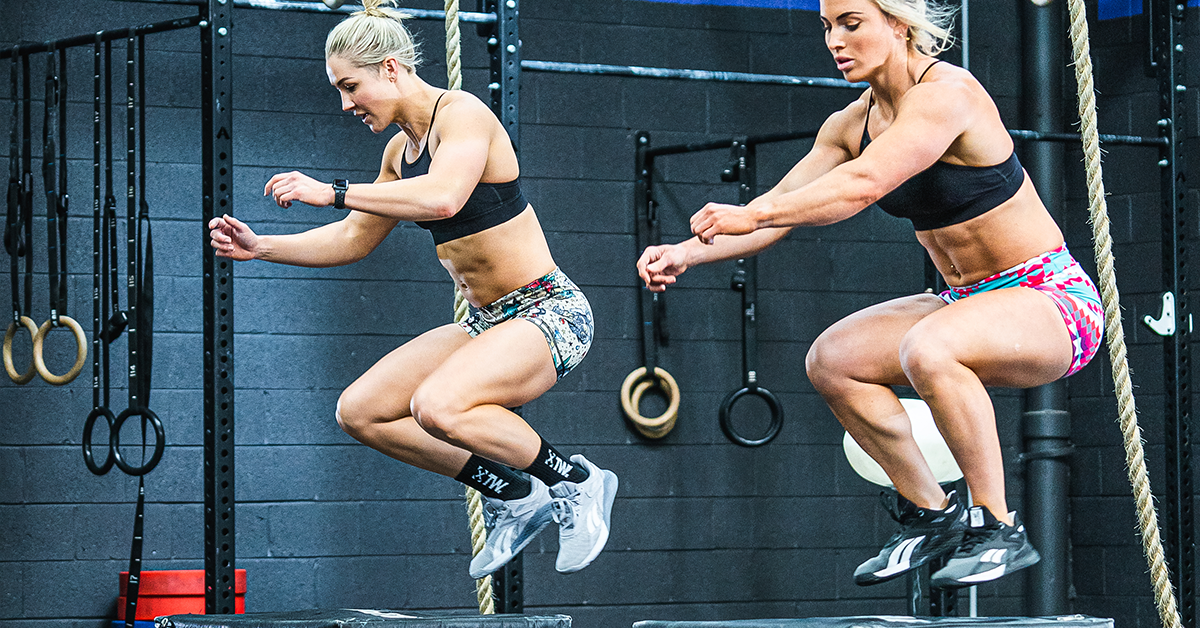